Bryan Sutton captures his Grammy-winning bluegrass sound in this rich library of flatpicking guitar lessons. Students have unlimited access to hundreds of video lessons, guitar tabs, backing tracks, and much more. Learn how to play bluegrass guitar from a true master. 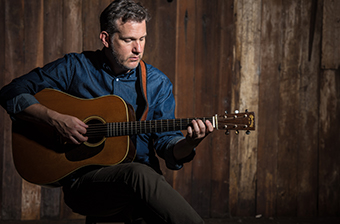 
What ultimately sets these bluegrass guitar lessons apart from other offerings is the ability to submit a video for review using the ArtistWorks Video Exchange Learning® platform. Bryan reviews each submission and records a video response, offering specific guidance to take your playing to the next level. All students can access the Video Exchange library and watch each other’s interactions with Bryan. This library is constantly expanding and may contain the key to unlock your playing.


Bryan Sutton is arguably the best flatpick guitarist since the late great Doc Watson. During his eclectic career, he has appeared as a leading session guitarist on albums from Dolly Parton, the Dixie Chicks, Rhonda Vincent, and more. He has also played in the legendary bluegrass bands Kentucky Thunder and Hot Rize. Bryan picked up guitar from his dad at the age of 8 and won his first Grammy award in 2007. He's received IBMA's 'Guitarist of the Year' eight times. Bryan joined the ArtistWorks family in 2011, launching a dedicated bluegrass guitar course for students around the globe.

Welcome Reverb customers! Enter your information below to get started learning.